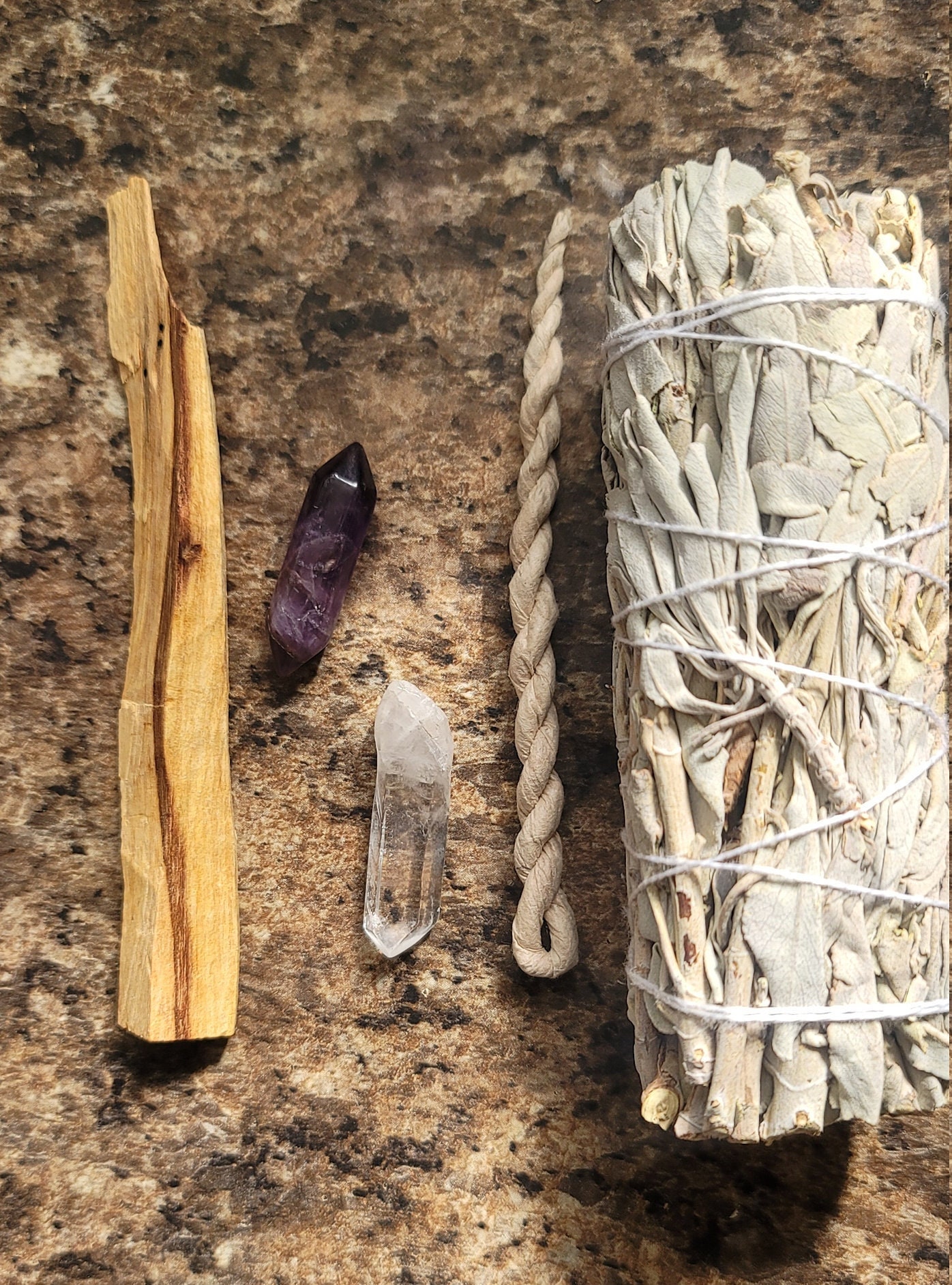 Smudging is believed to have been practiced by Native Americans for centuries.
It’s daily act of cleansing and purification which uses a selection of herbs, often sage, lavender, bay leaves and rose petals. They are placed on a charcoal disk and left to smolder and burn throughout the room.
The smoke that’s emitted from the herbs is believed to cleanse negative energy and purify living spaces, as well as people and even objects throughout your home.
It’s also believed to release negative ions, to a more positive mood and many other benefits.

But please contact me if you have any problems with your order.

0 items in your cart